Map to The IQ®

The Richardson Innovation Quarter is located in the heart of Richardson, Texas along U.S. Highway 75 and the Dallas Area Rapid Transit (DART) Red/Orange lines. The IQ® is easily accessible by vehicle, light rail, bus, trail, or by utilizing the 20+ miles of dedicated bike lanes in Richardson. Learn more below about The IQ®’s central location in the North Texas region and how you get here! 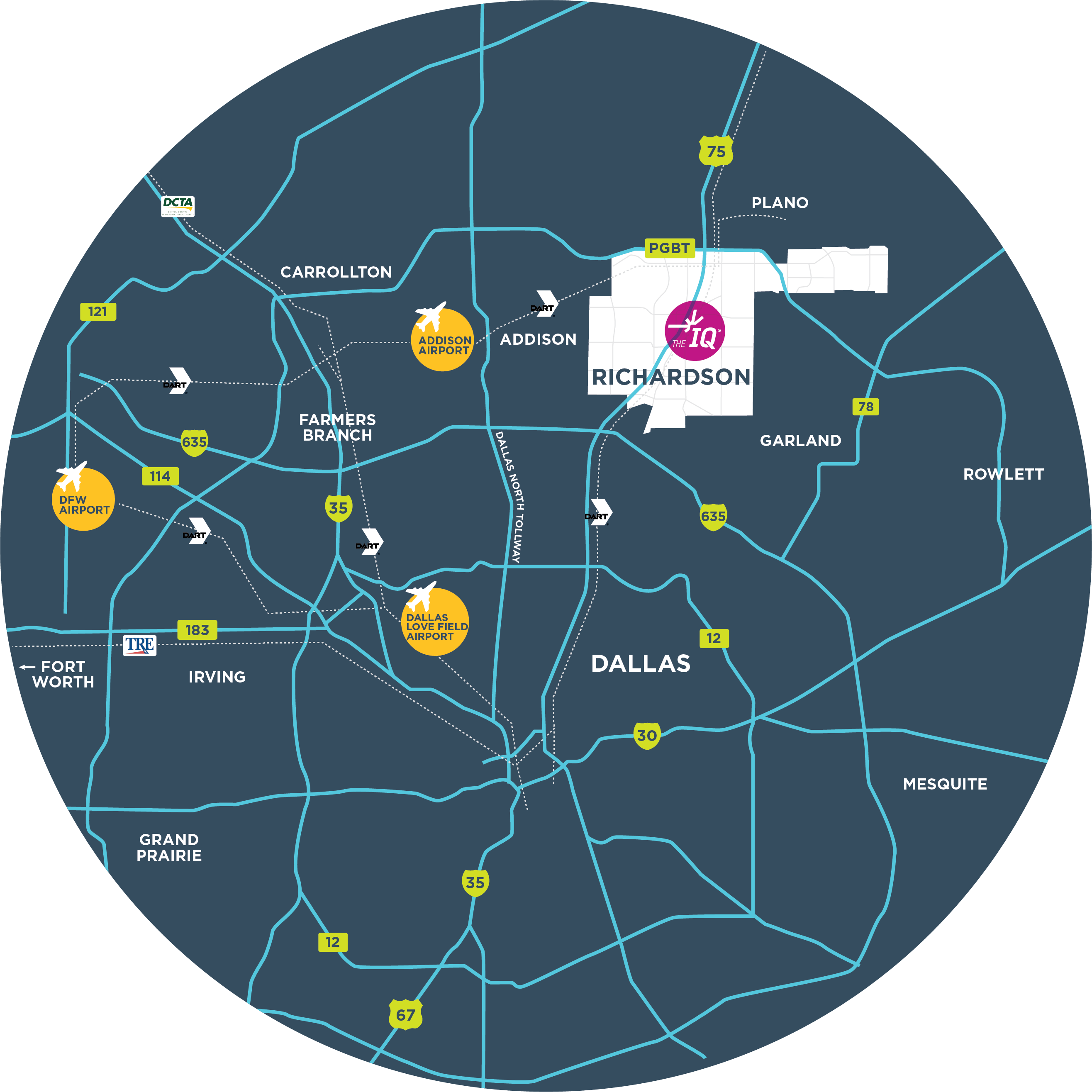 DFW Airport is located 22 miles from the Richardson IQ®. It is the fourth busiest in flight operations and is the hub of American Airlines. DFW Airport is also one of only two airports in North America with a CEIV Pharma Certification covering all links in the airport supply chain.

Dallas Love Field is only 20 minutes from the Richardson IQ®. It serves 15.6 million passengers a year and is the hub of Southwest Airlines.

Addison Airport is located eight miles away from the Richardson IQ® and is the third largest general aviation airport in the nation.

Highways: Richardson is strategically located between major freeways for easy commuter access. U.S. Highway 75 is located along the western boundary of the Richardson IQ®.