WHAT IS
THE IQ® 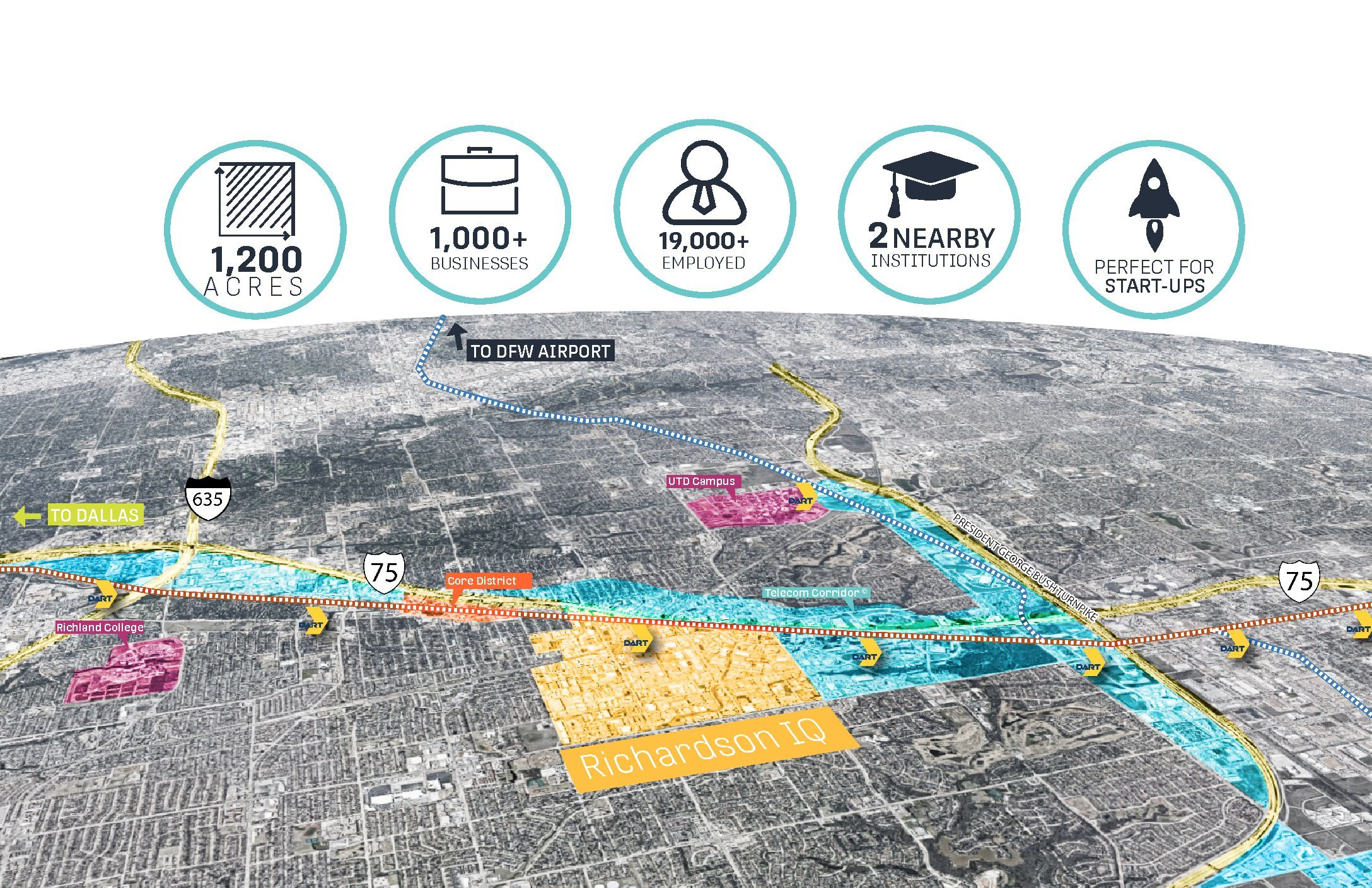 The IQ® is a MAJOR DALLAS-FORT WORTH JOB CENTER and has several great assets for you and your business.

The Richardson IQ® has its origins as home to major innovative corporations and their suppliers including Collins Radio, Ericsson and Texas Instruments in north Dallas. This concentration of some of the country’s biggest telecommunications firms became globally known as the TELECOM CORRIDOR® area.

Today, the Richardson tech story continues to evolve in the Richardson IQ® . The tech sector has diversified from its telecom equipment roots and now includes companies across a WIDE RANGE OF INDUSTRIES, and research and new academic programs at NEARBY INSTITUTIONS signal the potential for further diversification.

DFW is the fastest growing “up and coming” life science markets as measured by research dollars and Richardson is the THIRD LARGEST NATIONAL INSTITUTES OF HEALTH (NIH) FUNDED CITY IN NORTH TEXAS and has the highest growth rate of any city in North Texas since 2016. Richardson is also among the state’s leaders in Small Business Innovation Research (SBIR) funding and is the largest community for SBIR funding in North Texas.

The Richardson IQ® has UNIQUE REAL ESTATE that works for start-ups and scale-ups in its flexibility and affordability. Unlike other office parks or industrial parks in the region, the IQ has a combination of both office and industrial space. Flex space, which accounts for 7.5M square feet or 61% of the building area in the Richardson IQ® , is mostly leased and extremely valuable in the growing Metroplex. This real estate is essential in providing space for new businesses to start and for established ones to grow.

The IQ® ’s central location and transit assets are an advantage in the region where outward expansion of job centers is creating worsening traffic conditions and longer commutes. Almost half of the workers in the Richardson IQ live within a 20-minute drive. At the front door of The IQ® is the Arapaho Center Station with bus and rail access.

Richardson has TALENT. As a diverse city with access to tech talent and close proximity to top-tier educational institutions, Richardson is an attractive location for international companies. These same qualities are also the building blocks for innovative new businesses to grow.