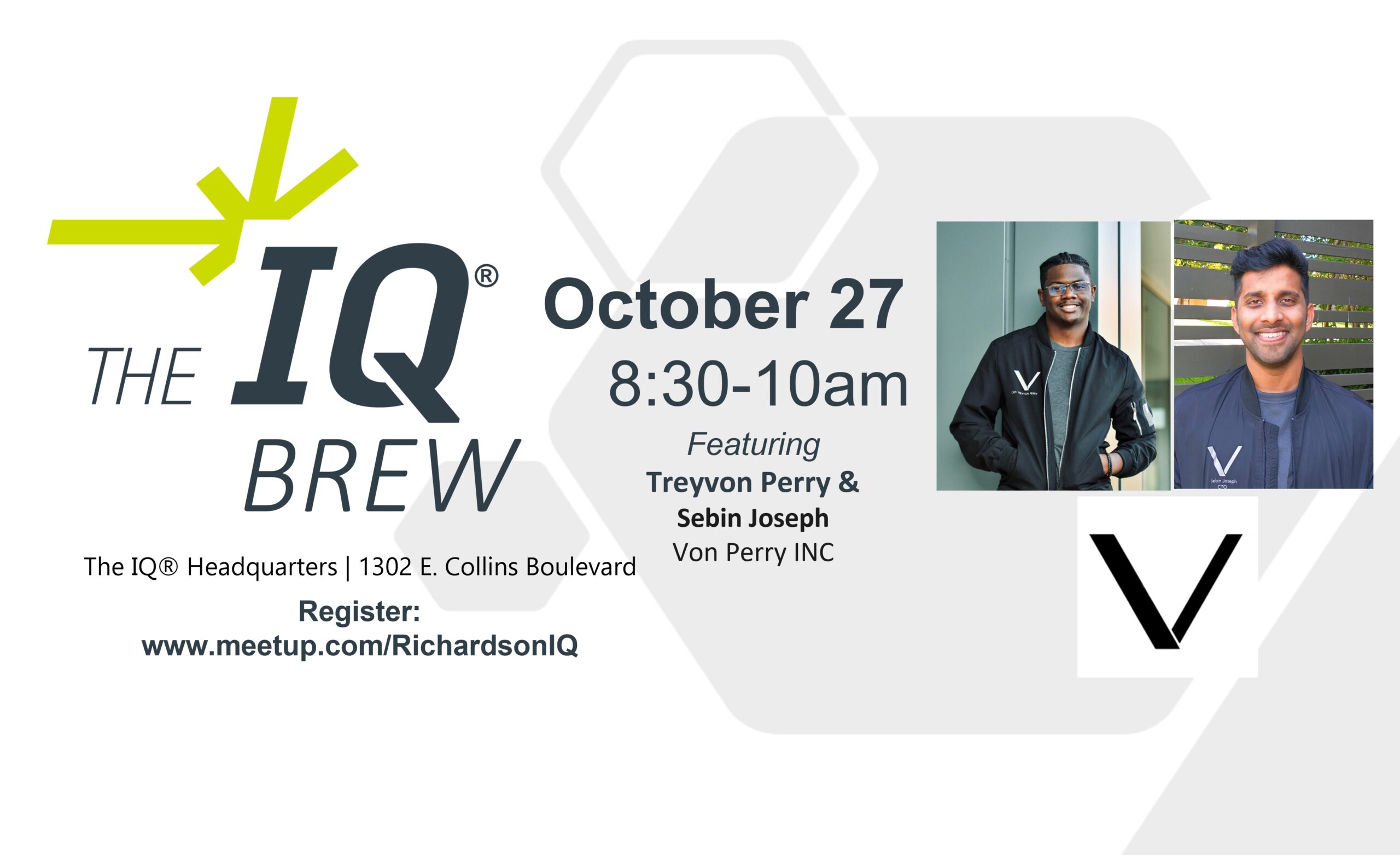 NEW LOCATION AT IQHQ (1302 E. COLLINS BLVD)
This IQ Brew will not have a virtual option.

Von Perry’s 21-year-old CEO, Treyvon Perry, has been preparing for this since he founded the startup at age 17. He and his co-founder, 27-year-old CTO Sebin Joseph, are pioneering a new way to build concrete 3D-printed homes using regular concrete—and aim to prove the concept for DFW and beyond. Come hear from Teyvon and Sebin about their goals, current projects, and recent $2 million fundraising effort on the StartEngine crowdfunding platform.

BIOS: Treyvon Perry
https://www.linkedin.com/in/treyvon-perry-6a6a8619b/
Treyvon is an architectural designer and visionary. He started Von Perry as a conceptual design firm back in 2017 while he was in high school. Treyvon’s passion for innovation is the driving force behind Von Perry’s fast pace operations. He was a TEDx speaker named in the D-CEO magazine in June. Treyvon was an architectural student at the University of Texas at Arlington when Von Perry was incorporated. Earlier this year, after finishing his junior year of college, he left school to run the company full-time.

Sebin Joseph
https://www.linkedin.com/in/sebinxjoseph/
Sebin Joseph is an engineer and entrepreneur. Sebin graduated from the University of Texas at Dallas with a Master’s Degree in Systems Engineering and management. He has 3 years of industrial experience as a Mechanical Engineer and currently working as the Co-founder and CTO of Von Perry. Sebin can identify fundamental problems in a system and design innovative solutions to solve them.