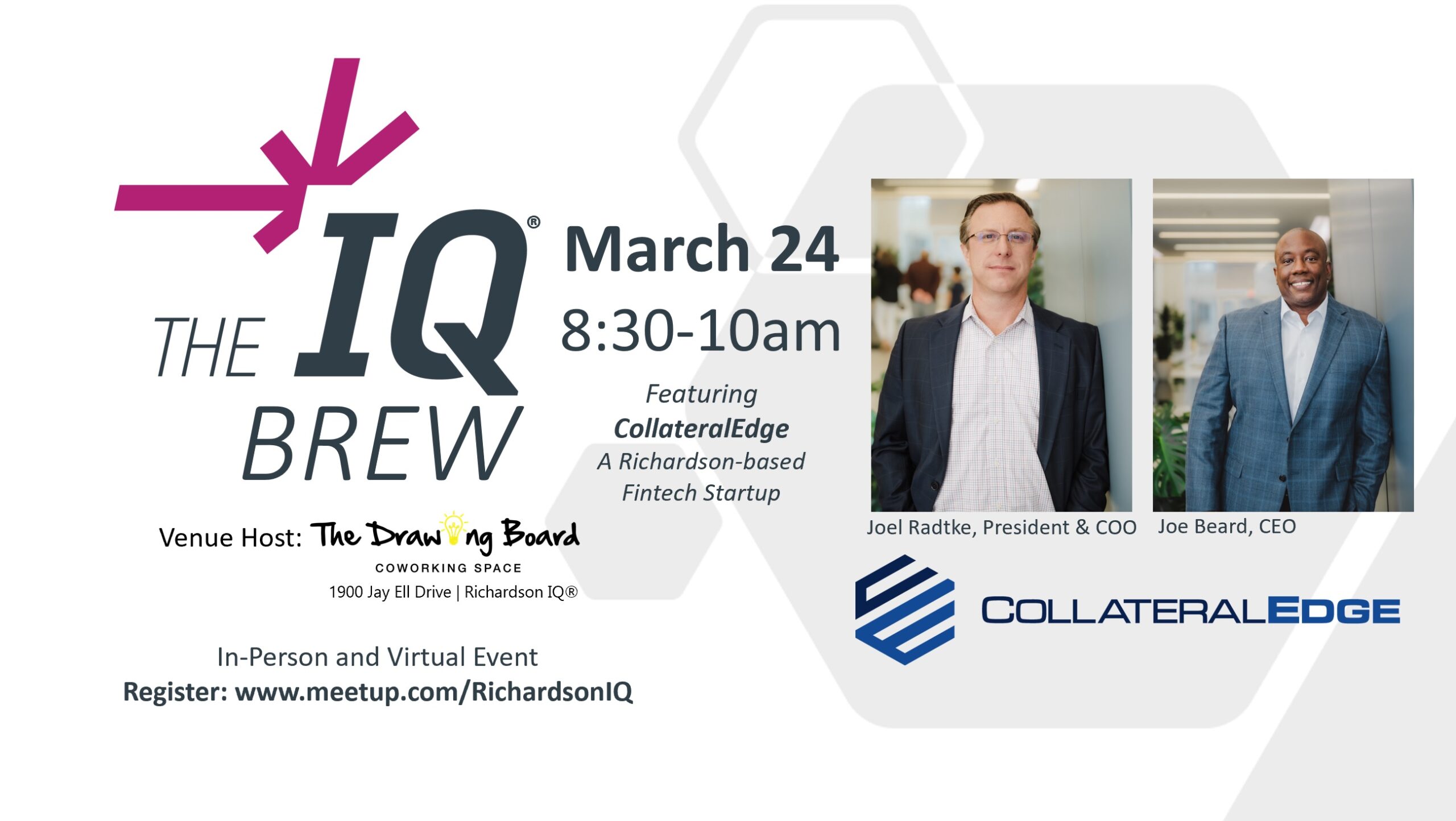 On Thursday, March 24, The IQ® Brew will feature Richardson-based Fintech Startup, CollateralEdge. CollateralEdge is an innovative fintech platform that provides community and regional banks with a flexible, automated risk management solution to strengthen the credit profile on individual corporate loans. Named the “Next Fintech Unicorn” by Dallas Innovates, CollateralEdge’s platform could boost local economies across the U.S. by helping commercial banks increase lending capacity for small to mid-sized companies nationwide. The Richardson startup has already raised an oversubscribed $3.5 million round from a “stellar group” of capital partners in Texas including VC firm Perot Jain, Capital Factory CEO Josh Baer, and Kneeland Youngblood, the founding partner of Pharos Capital Group. In 2021, CallateralEdge was awarded the 2022 Innovation in Finance Award from Dallas Innovates and D CEO.

Come hear from Joel Radtke (President & COO) and Joe Beard (CEO), founders of CollateralEdge, as they share valuable tips and lessons learned to get you on the fast track to capital!

Thank you to our venue host, The Drawing Board!

Joining us online? Below is the Zoom link for the session:

Joel Radtke has over 25 years of experience operating, financing and advising growth-oriented middle market companies. Joel’s ability to identify unique solutions to complex problem sets paired with his visionary mindset has enabled him to successfully launch multiple companies. As co-founder of United Orthopedic Group, Joel executed 15 acquisitions in his role as CFO and helped grow the business from a $15M platform to approximately $100M prior to exit. Prior to UOG, Joel worked as a private equity investor – sourcing and executing multiple middle market health care investments for Grotech Capital Group. He spent his early career years developing his structuring and investment banking expertise at Alex Brown and Credit Suisse. Joel received his BA from Harvard University where he graduated Cum Laude and was a John Harvard Scholar.

Joe Beard is an entrepreneur, innovator and a seasoned financial services executive. He is a co-founder of Venture Dallas, the premier venture capital conference in the DFW region. Prior to launching CollateralEdge, Joe served as a Partner at Perot Jain, an early stage focused venture capital firm, where he led investments in over 45 companies across 4 countries. Prior to joining Perot Jain, Joe spent approximately ten years as an investment banker at firms such as Bank of America, Merrill Lynch and Bear Stearns executing approximately $10 billion in M&A, equity and debt transactions. Joe received his BS in Discrete Mathematics from the United States Military Academy (West Point). He received his MBA from Columbia Business School and was a Robert A. Toigo Fellow. Joe was recognized by Pitchbook as one of the 53 Black Founders and Investors to Watch in 2021. 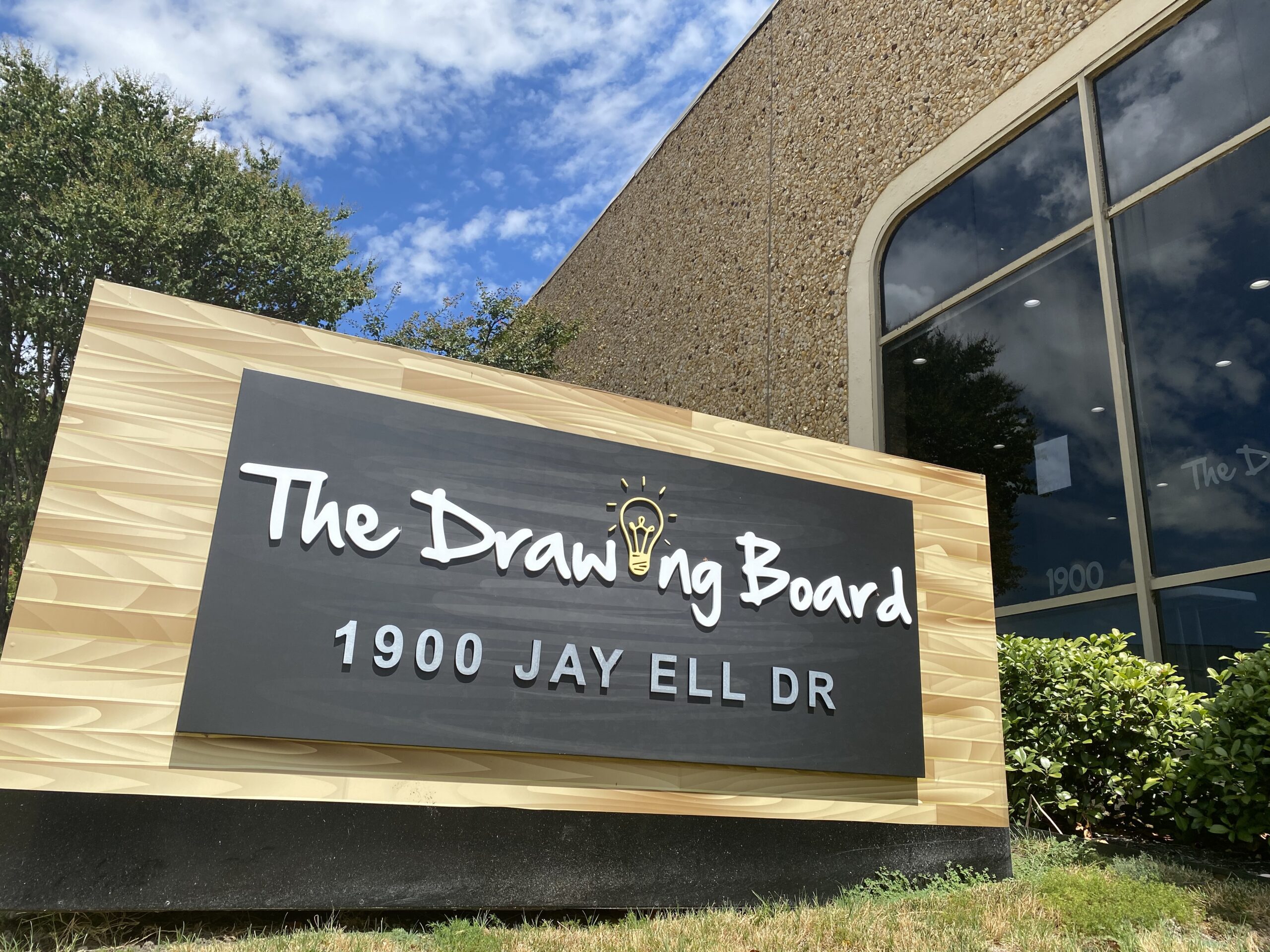